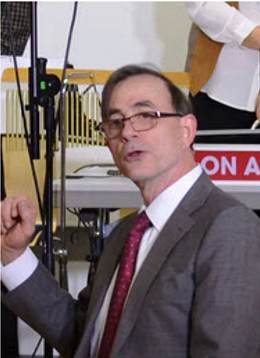 October 20th will be our regular program meeting. We will be holding it on Zoom.

We are happy to announce that our guest speaker for October will be Jim Nellis from Entity Theater.

Even in this age of live streaming and Netflix binging, Jim Nellis thinks radio theatre has a place in the hearts and homes of every person. Jim has already directed two Christmas themed radio plays for Entity Theatre and at this end of this month will be putting on a special Halloween medley of short radio plays, guaranteed, he says, to scare young and old alike. Jim has been involved with Entity Theatre since 2005 in just about every conceivable theatre role – actor, producer, and director. At our October meeting, he will talk about why radio theatre is important to him, the challenges and rewards of recreating radio drama in a modern theatre group, and maybe give us a preview of what is in store for both his live audience (at Amerikahaus) and the (internet) radio listeners for his upcoming show. Jim has formerly performed stand-up comedy in Los Angeles. His lively sense of humor and his passion for the subject should make this a fun and informative evening.