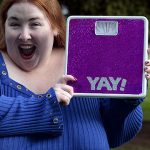 This months speaker is American Dr. Cat Pausé, a Fat Studies scholar and activist from New Zealand, who studies the impact of fat stigma on the health & well-being of people.

"Fat hatred" should be banned just like racism or sexism, says the Massey University lecturer, a pro-fat scholar who argues that obesity isn't a health problem. "The war against fat" and "fat phobia" are much more damaging than carrying a few extra kilos or, in her case, a lot.

Her claims fly in the face of an obesity epidemic taking hold of the Western World. Governments are fighting health budget blowouts, hospitals are buying bigger beds and equipment, and airlines are charging travelers for their overflowing flab

But Dr. Pause, who has a PhD in human development, says it is "fattism" that should be feared, not expanding waistlines.

"If what we want is a healthier, happier country, then I think one of the ways we get there is by changing the way we talk about fatness, because ... it's not just all these fat people that have to live in a culture that openly hates them ... it's also about what that fat hatred does for non-fat people as well."

So whether it's young girls who are going on diets by age five, because they're terrified of being fat, or middle-aged women who would rather lose years off their life than gain five kilos, fat hatred is bad for people of all sizes, not just for fat people."

Dr. Pause’s work appears in scholarly journals, as well as online in The Huffington Post and The Conversation, among others. She is also involved in sociable scholarship; her work is highlighted in her social media presence, Friend of Marilyn, on Twitter, Facebook, YouTube, iTunes, and her blog. Her fat positive radio show, Friend of Marilyn, is travelling the world this year!

Excerpted from an article appearing online in: Stuff.co.nz. Read the full article at: http://www.stuff.co.nz/national/health/7256608/Fat-hatred-should-be-banned-scholar

For more information about being a guest at this months meeting, please contact our club president at: info@aaupw.de