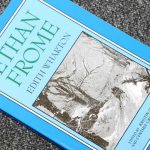 The best-known novella by Edith Wharton, Ethan Frome is widely considered her masterpiece, wherein in her exquisitely crafted style is most fully realized. Set against the background of a bleak, New England landscape, the novel tells of Frome; his ailing wife, Zeena; and her companion, Mattie Silver.
Do you enjoy reading and talking about books in English? Our Literary Circle discusses a different book each month. You can drop by regularly or you can join us for only one evening – it’s up to you. Mark Olival-Bartley leads the discussion. Free admission.

More about the Amerikahaus Literary Circle

Internship Opportunities - are you able to help a university students seeking a suitable Praktikum or Internship position? Do you have ideas or channels for recommending appropriate internships? The students are well-prepared for the international assignment. Before working in Germany they will have completed the following:

The students are available to work in internships from 15. January – 17. August 2018.
Contact person is Prof. Gayle Elliott - E-mail:  elliotgg@ucmail.uc.edu.

Please note that I am already in contact with the management team at Bio-M in Martinsried on the biomedical engineers. 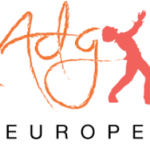 The American Drama Group Europe - Founded during 1978 in Munich and led by AGBC Munich member Grantly Marshall, the ADGE's goal is to perform high quality theatre in as many countries in the world as possible.  Today the organization's reach includes many countries in Europe and Asia, and it is now making a Pan-European tour.  The actors come from New York, London and Paris (in 1985 French performances were added to our repertoire) where the productions are cast and directed. The plays performed include American, British and French classic and modern dramas.

A number of new performances are coming in 2018 including Fahrenheit 451. Further details are available
at www.adg-europe.com