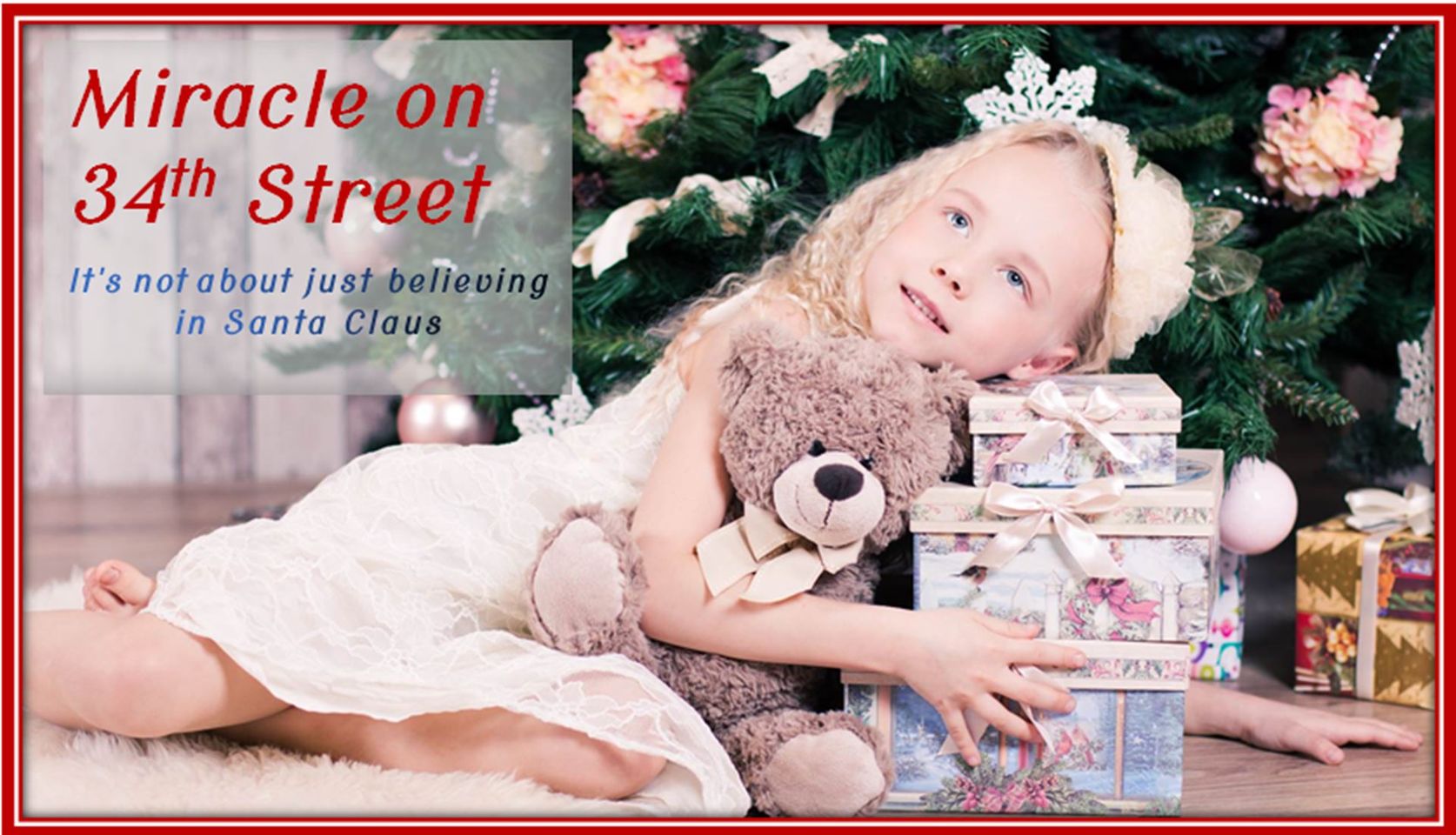 We all remember the time when we began to question whether Santa Claus was real or not. Some of us worried about confessing our doubts because it might reduce the number of presents we got. Others might have been encouraged by well-meaning parents to give up such childish fantasies. Screenwriter Valentine Davies and director George Seaton wanted to explore a different possibility – that Santa Claus could be more than a rotund old man with a white beard – that adults believing in the vision of Santa Claus could create a better world for us all.

The result was "Miracle on 34th Street", a novella translated into multiple languages and an academy award winning film in 1947. Parents learned from their children, cooperation rather than competition led to more successful business, and even lawyers and courts were helpless to withstand the love and connection that Santa could bring.

Listen to the heartwarming recreation of this story as a radio broadcast from the comfort of your own home on the 20th and 23rd of December at 20:00 CET. So that friends and family members can also hear the broadcast during their evening hours, we will also make the broadcast available earlier for Tokyo and SE Asia and later for North and South America.

Tickets are free, donations welcome. Visit the Entity Theater Website to see the schedule and add your desired listening time to your calendar.